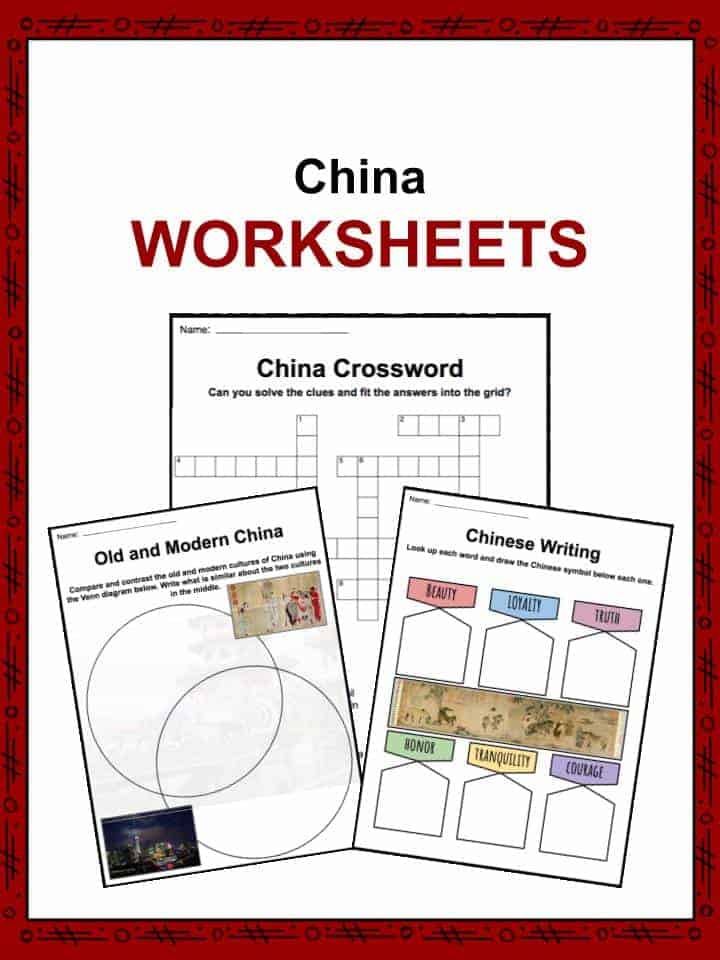 China, officially the People’s Republic of China (PRC), is a unitary sovereign state in East Asia and the world’s most populous country, with a population of around 1.404 billion. Covering approximately 9.6 million square kilometres (3.7 million square miles), it is the world’s second-largest state by land area and third- or fourth-largest by total area

See the fact file below for more facts about China or alternatively download our comprehensive worksheet pack to utilise within the classroom or home environment.

A Brief History of China

This bundle contains 11 ready-to-use China Worksheets that are perfect for students who want to learn more about Antarctica which is Earth’s southernmost continent and is where the South Pole is located. It is in the Antarctic region of the Southern Hemisphere and is the coldest, driest, and windiest continent.