Ferdinand Foch served as the Supreme Commander of the Allied Forces at the end of WWI. 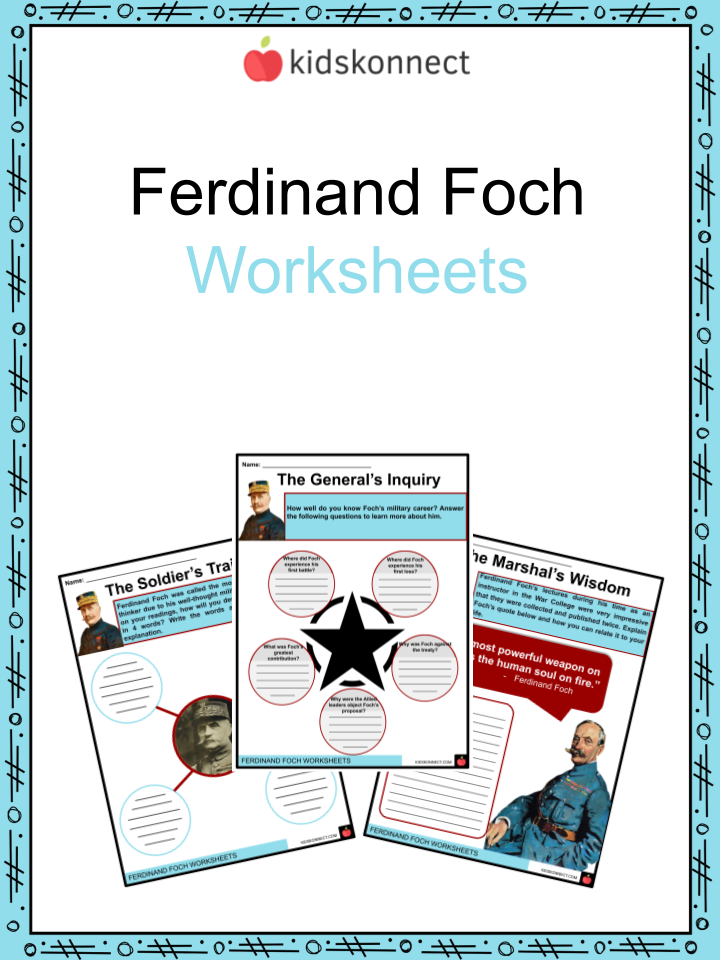 Ferdinand Foch was considered the most original military thinker of his generation. He ended World War 1 during his time as the Supreme Commander of the Allied Forces, where he controlled all the planned attacks on Germany, forcing them to retreat. He was also known for correctly predicting that World War II would happen in 20 years.

See the fact file below for more information on Ferdinand Foch, or you can download our 22-page Ferdinand Foch worksheet pack to utilize within the classroom or home environment.

This is a fantastic bundle that includes everything you need to know about Ferdinand Foch across 22 in-depth pages. These are ready-to-use worksheets that are perfect for teaching kids about Ferdinand Foch, who served as the Supreme Commander of the Allied Forces at the end of WWI.

What did Ferdinand Foch do during World War I?

Ferdinand Foch was an important French military commander during World War I. He started out as an infantryman in the Franco-Prussian War. Later, he became head of a war college. When World War I started, Foch was named commander of the XX Army Corps. He helped to win the First Battle of the Marne.

What is the Foch approach?

The Allied leaders, including Ferdinand Foch, discovered a more effective way of operating. Rather than trying to break through enemy lines and push deep into the rear, the allies focused on encircling the enemy.

Ferdinand Foch said that the Treaty of Versailles was too lenient on Germany when it was signed on June 28, 1919. “This is not peace,” he said. “It is an armistice for twenty years.” His words turned out to be true: the Second World War did begin twenty years later.