William Cecil was a loyal and expert adviser to Queen Elizabeth I. 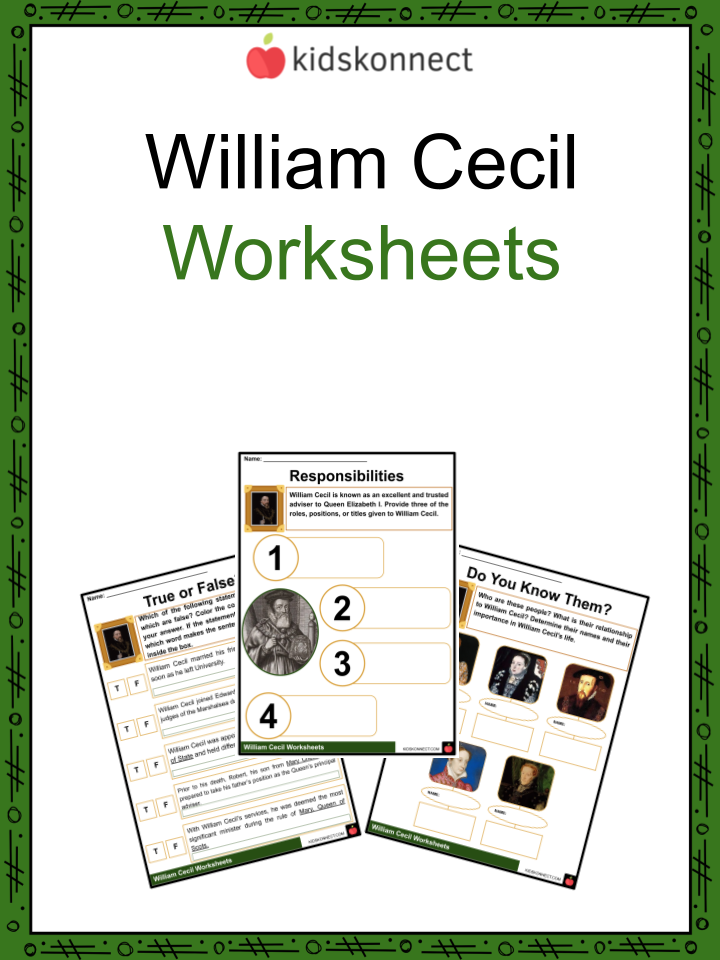 See the fact file below for more information on William Cecil, or you can download our 22-page William Cecil worksheet pack to utilize within the classroom or home environment.

This is a fantastic bundle that includes everything you need to know about William Cecil across 22 in-depth pages. These are ready-to-use worksheets that are perfect for teaching kids about William Cecil, who was a loyal and expert adviser to Queen Elizabeth I.

What was William Cecil known for?

Cecil was a skilled adviser to the queen in 1571. He also held the position of lord high treasurer from 1572-1598. Cecil is most famous for helping to get Mary, Queen of Scots tried and executed. He did this to make sure a Protestant would succeed to the throne. Cecil’s preparations for the Spanish Armada helped England weather that storm.

How did William Cecil make his money?

Cecil was given a number of important positions, including Principal Secretary and Master of the Court of Wards and Liveries. The latter position was responsible for the collection of royal revenue. This position also allowed Cecil to build up his fortune.

When was William Cecil knighted?

After Somerset’s final fall, Cecil was knighted by Warwick, who became the duke of Northumberland. Cecil originally intended to stay with Northumberland; however, when the Duke planned to shift the succession, Cecil sided with the judges who were against him even though he risked his life.