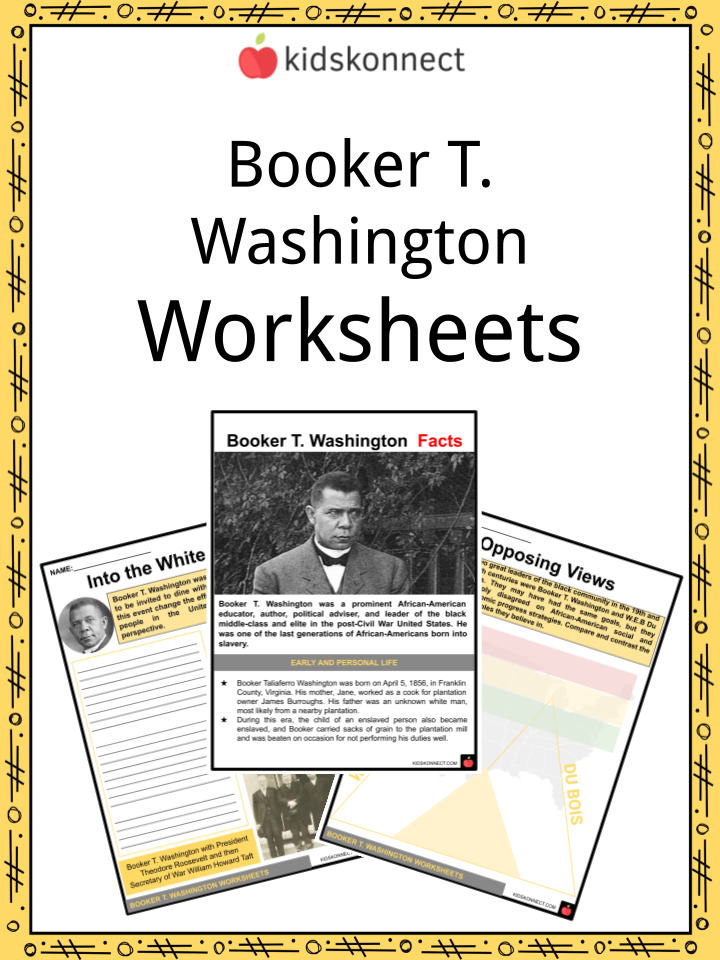 Booker T. Washington was a prominent African-American educator, author, political adviser, and leader of the black middle-class and elite in the post-Civil War United States. He was one of the last generations of African-Americans born into slavery. For more information, see the Booker T. Washington fact file below or download the 34 page comprehensive worksheet pack which can be utilized within the classroom or home environment.

This bundle includes 34 pages of ready-to-use Booker T. Washington worksheets that are perfect for students to learn about Booker Taliaferro Washington who was an African-American educator, author, orator, and advisor to presidents of the United States. Between 1890 and 1915, Washington was the dominant leader in the African-American community.

What is Booker T. Washington known for?

What did Booker T. Washington do for civil rights?

What are 3 interesting facts about Booker T. Washington?

He was the first African-American featured on a US postage stamp and coin. He served as an advisor to US presidents Roosevelt and Taft. He started a program to build 5,000 schools for African-American children.

In 1896, Washington was granted an honorary Master of Arts degree from Harvard University.

In 1875, Booker T. Washington graduated from Hampton Normal and Agricultural Institute. From 1878 to 79, he studied at Wayland Seminary in Washington, D.C.