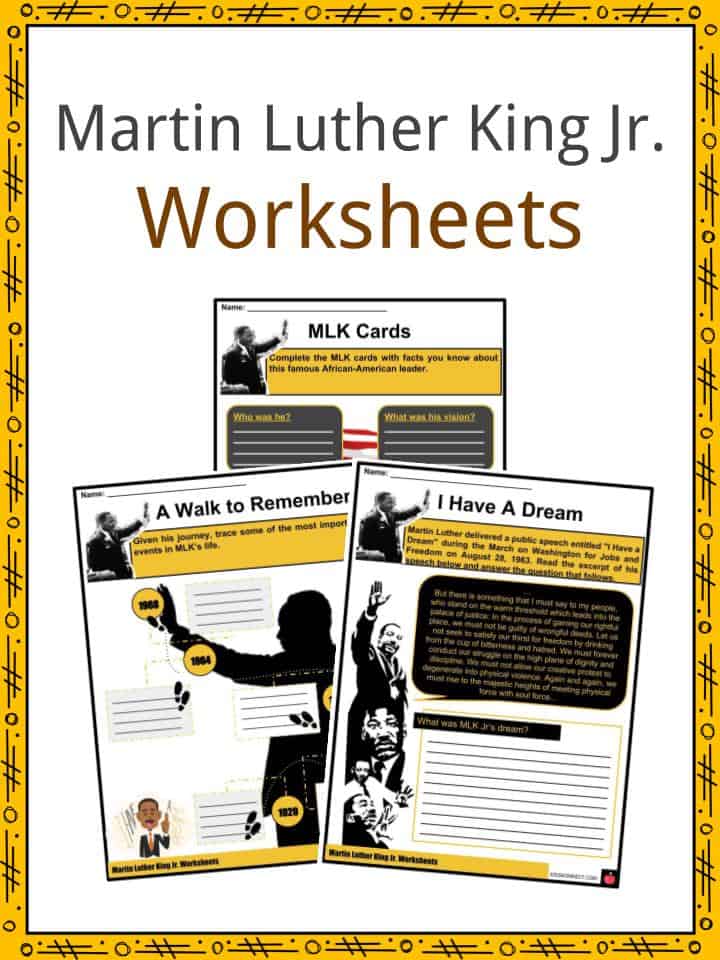 Martin Luther King Jr. was an American pastor, activist, humanitarian, and leader in the African-American Civil Rights Movement. He is best known for his role in the advancement of civil rights and his “I Have a Dream” speech.

Date of Death
King was assassinated on April 4, 1968 in Memphis, Tennessee.

Reason for Fame
King was also an activist and prominent leader in the
African-American civil rights movement.

Additional Information
King won the 1964 Nobel Peace Prize and in 1965 King was awarded the
American Liberties Medallion by the American Jewish Committee.
He was awarded at least fifty honorary degrees from colleges and universities
in the U.S. and elsewhere. In 1971, King was posthumously awarded the
Grammy Award for Best Spoken Word Album for his
“Why I Oppose the War in Vietnam”. Six years later,
the Presidential Medal of Freedom was award to King by Jimmy Carter.
King and his wife were also awarded the Congressional Gold Medal in 2004.

What is MLK most famous for?

Martin Luther King Jr. is a civil rights legend. In the 1950s, Martin Luther King led the movement to end segregation and counter prejudice in the United States through peaceful protests. His speeches were very famous and had a big impact on people’s thoughts.

What did Martin Luther King fight for?

Martin Luther King Jr. was a very famous person who fought for civil rights in the mid-20th century. He used nonviolent resistance to try and get equal rights for black people. For this, he won the Nobel Peace Prize in 1964.

Who first said I Have a Dream?

Dr. Martin Luther King, Jr. delivered his now-famous “I Have a Dream” speech from the steps of the Lincoln Memorial. Organizers of the event, officially known as the March on Washington for Jobs and Freedom, had hoped 100,000 people would attend.