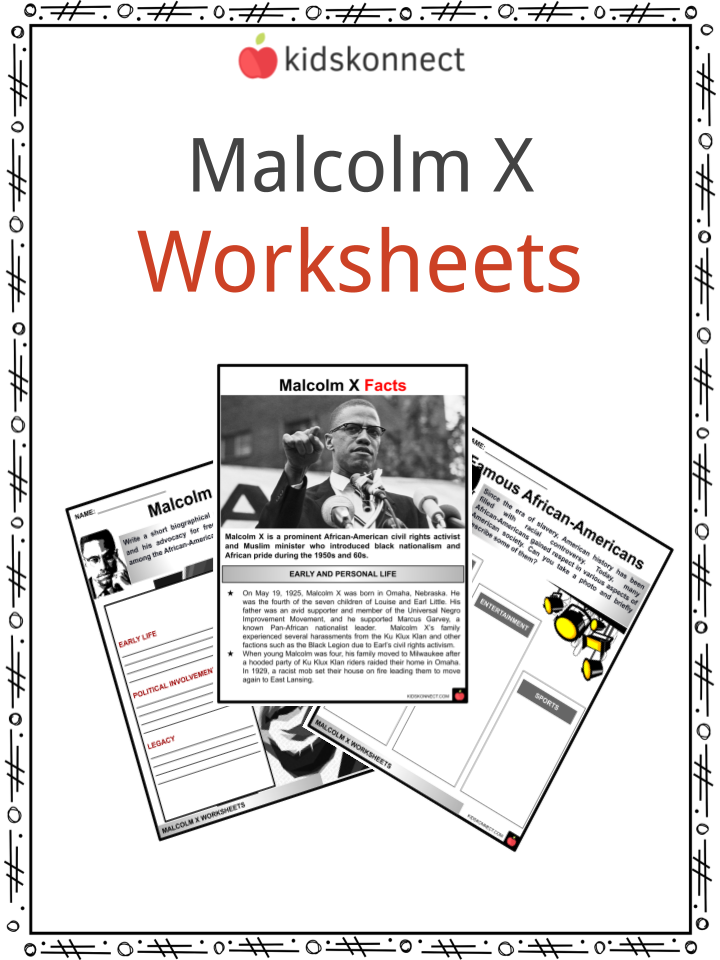 Malcolm X is a prominent African-American civil rights activist and Muslim minister who introduced black nationalism and African pride during the 1950s and 60s. See the fact file below for more information on Malcolm X or alternatively download our comprehensive worksheet pack to utilize within the classroom or home environment.

The Nation of Islam and Activism

Break from the Nation of Islam

What was Malcolm X famous for?

Malcolm X was an African-American civil rights leader and minister of the Nation of Islam.

What is Malcolm X’s real name?

Why did Malcolm change his name?

While in prison, Malcolm joined the Nation of Islam and adopted Malcolm X’s name to symbolize his unknown African ancestral surname.

What happened to Malcolm’s father and mother?

In 1931, Malcolm’s father was killed by the white supremacist Black Legion. Following his father’s death, his mother suffered a nervous breakdown and was sent to a mental institution.