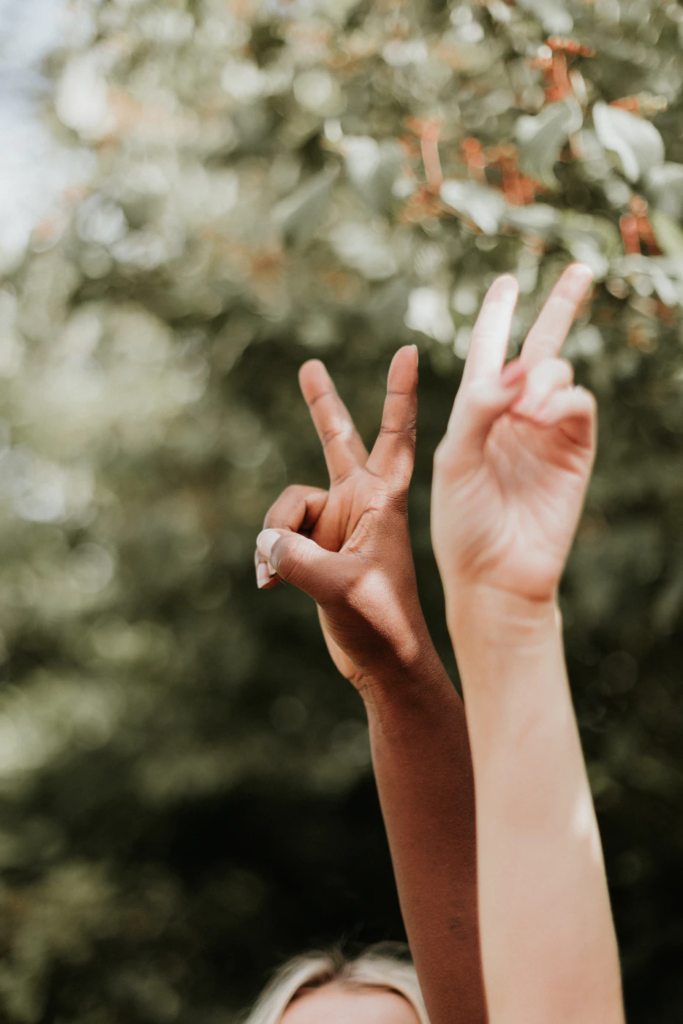 Research has shown that most children establish their beliefs about race by age 12. This gives parents around a decade to shape and steer their child’s views and opinions about skin color.

But just because this particular period is key, no matter what your kid’s age, there’s always space for learning and growing.

So how do you shape these kinds of views in your child, exactly?

Pulling together the most useful insights from anti-racism resources for parents and kids, this article outlines four steps to help you raise a child who’s racially tolerant today and in the future.

Don’t be afraid to talk about race

It may sound obvious, but to raise a racially tolerant child, you’ve got to be willing to talk about race.

Sure, your children will learn about inclusivity at school — which is great. But what happens, and what is said, in the home is what really matters most.

Talk to your children about why people have different color skin, and make it clear that this is something to celebrate. We are all unique, after all, and that’s what makes the world such a special place.

But at the same time, you’ve got to talk about the difficulties surrounding race in society. Explain that while acceptance is super important, some people are still treated differently because of their ethnicity.

Whether you point to recent Black Lives Matter protests, or use books as narrative supports (there are plenty of diverse books out there for kids at any age), you need to explain what racism is — and point out why it’s wrong.

If you have older kids, you may want to go a little deeper and talk about systemic racism. One topic that can really highlight what racially discriminatory governments and laws looked like is apartheid in South Africa.

This is a tricky conversation to have, sure. You don’t want to intimidate your child; nor do you want to introduce them to any racial biases. But in order to teach tolerance, you’ve got to point out what intolerance looks like, too.

Use language your kid(s) will understand

For young children, and even teens, ‘racism’ can be a tricky concept to understand. To make your lessons more accessible, racial tolerance can be distilled into two things: fairness and unfairness.

Maybe their sibling gets an ‘extra’ candy, or a boy gets a bigger reward for an A grade than a girl, most children are quick to point out when something ‘isn’t fair’. Use that to your advantage, and tie it into teaching the basics of racial discrimination.

Sit your kid(s) down, and paint the following scenes…

One child is given detention for talking in the classroom, while another is not. Both were talking just as loud as each other, and neither had any previous warnings. Ask your kids, is that fair? And importantly, expand on it by asking them whythey think so.

And what about one sibling receiving pocket-money, and the other not, despite both doing their chores all week?

Chances are, your kids will be outraged.

And they’d be right to be — those scenarios aren’t very fair, at all.

But they are similar examples of how racism works in action.

Tell them that, in its simplest form, racism is about unfairness. It’s about treating one person differently for no, legitimate reason — just like giving one child detention for something, and letting the other get away with it.

Then, re-introduce the idea that some people are treated unfairly just because of their skin, and your kids will quickly begin to understand how wrong racism really is.

If and when your kid is older, don’t shy away from some of the harder truths. Why not have an open discussion with them about more in-depth issues of racial discrimination?

By helping them to learn about real differences in the experiences between them and their peers of a different skin color, you will teach your child empathy and put them on the path to racial tolerance.

Tackling race and racism can get pretty heavy. And there’s only so far that sitting down and talking about it will take you.

So, next up, you simply need to bring diversity and inclusion into your everyday life.

Watch films with a variety of races, encourage your kids to read books with characters from diverse ethnic backgrounds, and dance with them to different music from all around the world.

All of this is a great way of, indirectly, teaching your child to be accepting of all people. If their favorite TV character, action figure or doll just so happens to be of a different race to their own, this is sure to help them, later on in life, to see past skin color — and encourage others to do the same, too.

Entertainment that’s racially inclusive will also prepare your kids for society more broadly, as well. They won’t be uncomfortable or confused by people who don’t look like they do — and that’s a big part of raising a racially tolerant child: promoting inclusivity right from the start.

Talk to your child about their own identity and race

When raising your child to be racially tolerant, it’s easy to focus more time and energy on other races than your own. But, in the name of equality and acceptance, you should talk just as much about your own ethnic background — to give them the bigger picture.

This will help them to understand that we all have our own race, and that — together — we are one, collective human race that deserves to be treated equally.

It’s important to understand that being American, for example, is simply one part of a huge picture that makes up our identity. You can be American and celebrate other cultures as part of your identity.

Dig deep, and learn more about the richness and diversity of culture we can find here in the US.

If you talk about cultural identity, and share some examples of how these can be celebrated (like the day of the dead) — your child will begin to understand just how complex identity and race can be.

When your kids realize that differences are something to be celebrated, and that we are fundamentally the same, with the same basic needs, dreams for a better life, and that we have beliefs and traditions related to our past, racial tolerance suddenly becomes a given, which is the ultimate goal we’re striving for here.

So, go ahead and talk to your child about their own race, history, and culture — it’s a great (and very simple) way of helping them piece together the puzzle of race, racism, and social justice as one.

There are a lot of anti-racism resources for parents and kids out there, and we know it can get a bit overwhelming with what path to take.

Society as a whole is on a journey of self-exploration, self-awareness, and self-discovery — we’ve come a long way since the days of the Fugitive Slave Law Act and the Trail of Tears, but there’s lots more progress still to be done.

Have meaningful conversations with your children now, and they may just grow up to be the racially tolerant change-makers we need for a more unified globe.

Sign up to be notified when we release new articles and worksheets!

Link will appear as 4 Things Every Parent Should Do To Raise A Racially Tolerant Child: https://kidskonnect.com - KidsKonnect, July 3, 2020