Bob Dylan is one of the finest American singer-songwriters. 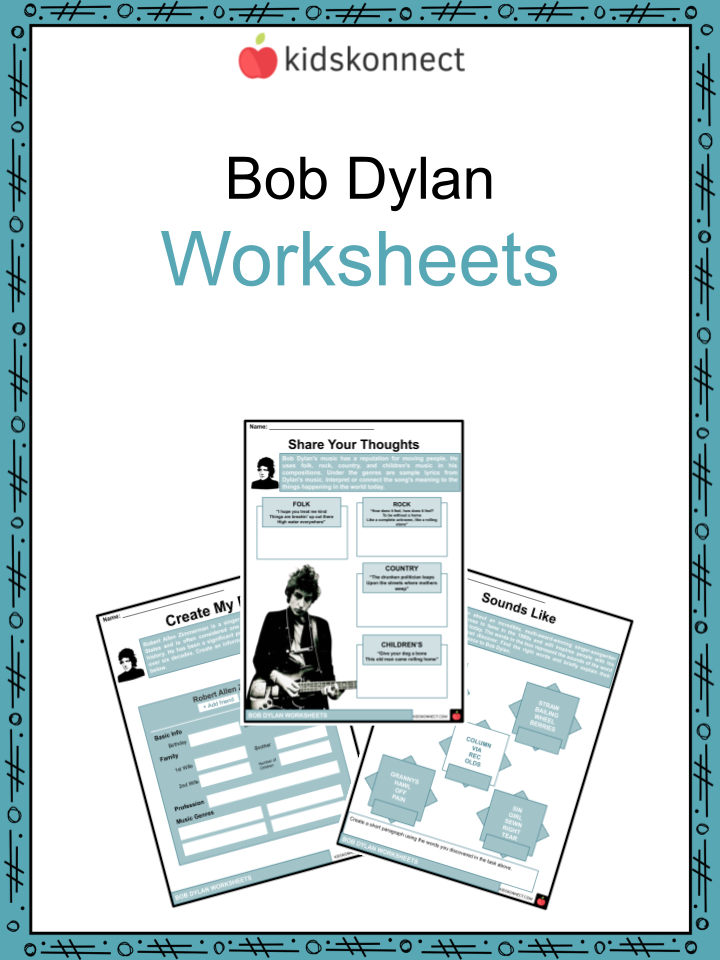 See the fact file below for more information on Bob Dylan, or you can download our 25-page Bob Dylan worksheet pack to utilize within the classroom or home environment.

This is a fantastic bundle that includes everything you need to know about Bob Dylan across 25 in-depth pages. These are ready-to-use worksheets that are perfect for teaching kids about Bob Dylan, who is one of the finest American singer-songwriters.

What made Bob Dylan unique?

Bob Dylan was a folk musician who worked on the Civil Rights Movement and performed with other well-known artists. He changed the music industry by being one of the first musicians to take a political stand. His work helped connect people and create change.

After he had already been identified as a Jew, in 1978 he decided to convert to Christianity. Dylan became an evangelical Christian and released three gospel albums: Slow Train Coming, Saved, and Shot of Love. For a period of time, he refused to sing his secular songs at concerts.

Who are Bob Dylan’s closest friends?

Bob had two friends who were not in the music industry. They were Larry Kegan and Louis Kemp. They all met at a Jewish summer camp when they were teenagers. Louie said, “I would say Larry and I were his best friends.”