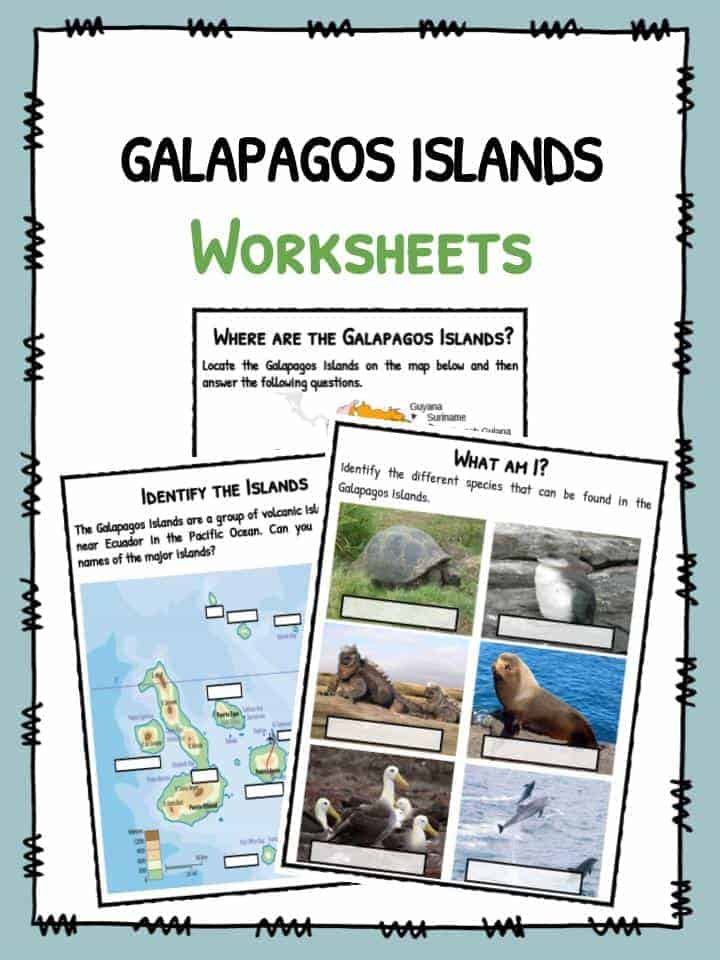 The Galapagos Islands are an archipelago (extensive group) of volcanic islands located 563 miles (906 km) directly west of Ecuador. The islands are distributed on either side of the equator in the Pacific Ocean. The group consists of 18 main islands, three small islands, and 107 rocks and islets.

Below are some interesting facts on The Galapagos Islands, or alternatively, you can download our comprehensive worksheet pack to utilize within the classroom or home environment.

Facts About the Galapagos Islands

Notable species on the Islands include

This bundle contains 11 ready-to-use Galapagos Islands Worksheets that are perfect for students who want to learn more about the Galapagos Islands which are an archipelago of volcanic islands located 563 miles (906 km) directly west of Ecuador. The group of islands consists of 18 main islands, 3 small islands, and 107 rocks and islets.

Can you stay on the Galapagos Islands?

Yes, you can stay overnight on some of the Galapagos Islands. Those specific islands are Santa Cruz, San Cristobal, Isabela, and Floreana.

What is special about the Galapagos Islands?

The environmental conditions make the Galápagos a unique island ecosystem.

Do any humans live on the Galapagos Islands?

Four islands are inhabited by humans, with a total of around 30,000 inhabitants.

What language do they speak in the Galapagos?

The official language of the Galapagos Islands is Spanish.

How many different species are found on the islands?

There are nearly 9,000 species found on the islands and in their surrounding waters, many of them endemic.