Jacinda Ardern is the 40th prime minister of New Zealand, and the youngest in over 150 years to hold that position. 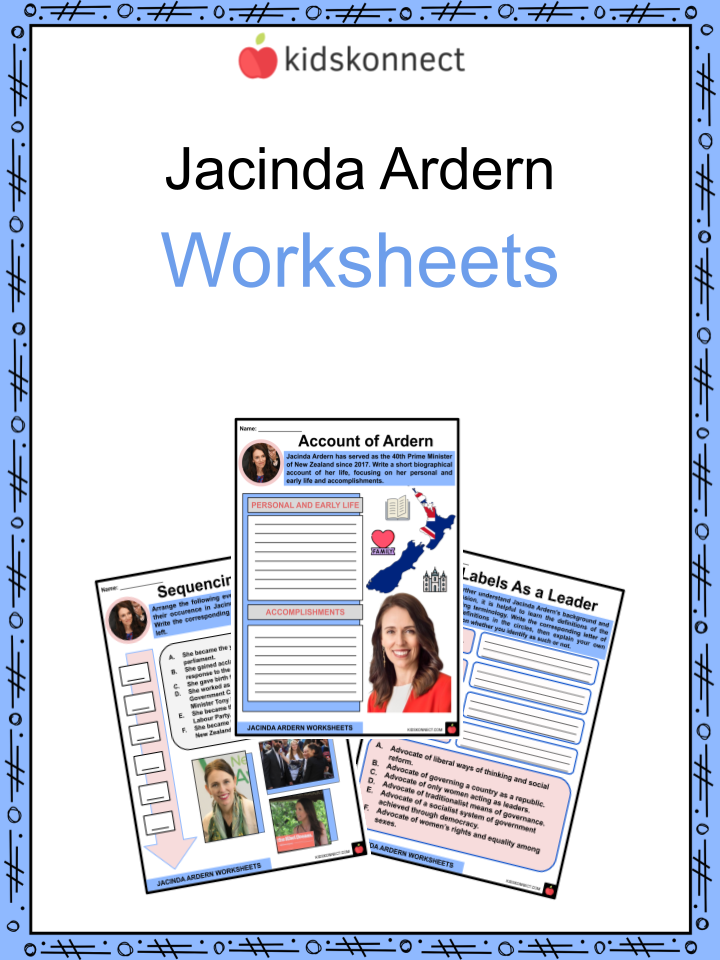 Jacinda Ardern is a politician who became the 40th prime minister of New Zealand, making her the youngest in over 150 years to hold that position. She was reelected for a second term as prime minister in 2020. A member of the New Zealand Labour Party since she was 17 years old, Jacinda has been the leader of the party since 2017. She is also the youngest female head of government in the world.

See the fact file below for more information on Jacinda Ardern, or you can download our 23-page Jacinda Ardern worksheet pack to utilize within the classroom or home environment.

LEADER OF THE LABOUR PARTY

This is a fantastic bundle that includes everything you need to know about Jacinda Ardern across 23 in-depth pages. These are ready-to-use worksheets that are perfect for teaching kids about Jacinda Ardern, who is the 40th prime minister of New Zealand, and the youngest in over 150 years to hold that position.

How did Jacinda Ardern become famous?

The magnetic Jacinda Ardern became a household name when she led the then-ailing New Zealand Labour Party to an unexpected win in the 2017 parliamentary election. As her star began to rise, people across the country and beyond christened her as a “rock star” politician – just before she became New Zealand’s youngest Prime Minister in over 150 years at only 37!

Where did Jacinda Ardern grow up?

Jacinda Ardern was born into a Mormon family with one older sister. When she was younger, her family lived in Murupara, New Zealand. Murupara is a small town known for having a lot of Maori gang activity. Later, her father got a job working for the government in Niue and moved his family to Morrinsville, southeast of Auckland.

Who is the New Zealand president?

The prime minister who was already in office, Jacinda Ardern, leader of the New Zealand Labour Party, took office on October 26, 2017.