Mountains are elevated portion of the Earth's crust rising abruptly from the surrounding level. 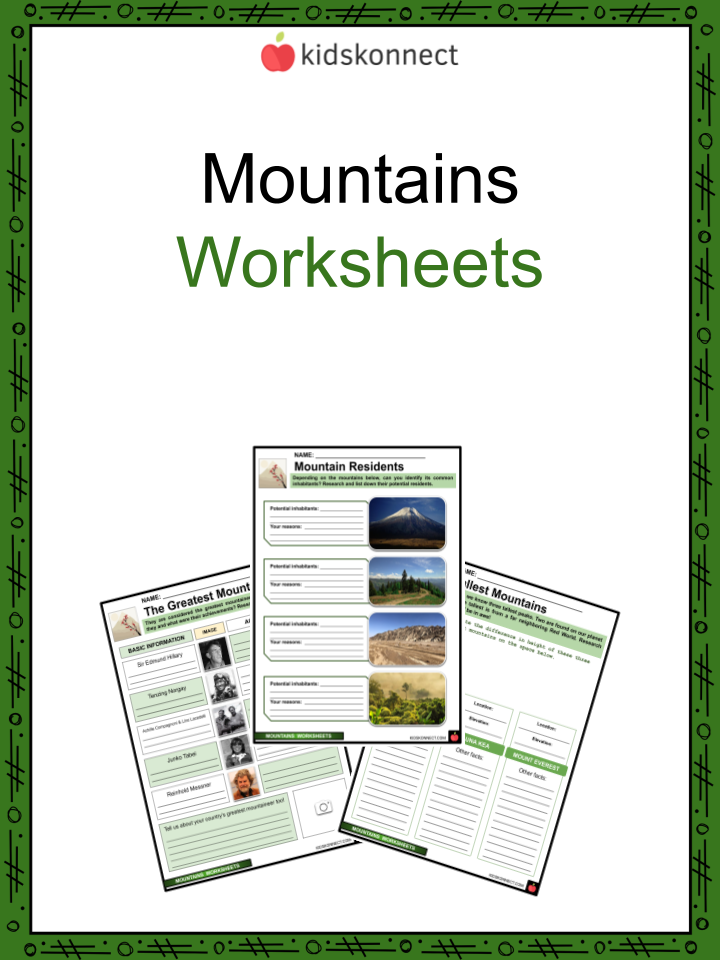 Mountains are an elevated portion of the Earth’s crust rising abruptly from the surrounding level; a large steep hill.

See the fact file below for more information on Mountains, or you can download our 28-page Mountains worksheet pack to utilize within the classroom or home environment.

This is a fantastic bundle that includes everything you need to know about Mountains across 28 in-depth pages. These are ready-to-use worksheets that are perfect for teaching kids about Mountains, an elevated portion of the Earth’s crust rising abruptly from the surrounding level.

What is so special about mountains?

Mountain ranges supply water for more than half of the world’s population. They are also home to some of the most beautiful scenery and a variety of habitats.

How fast do mountains grow?

Mountains grow at a fair speed (a few mm/year) until the activity that formed them has ceased. Even as they are growing, though, processes such as erosion take their toll. Erosion can be in the form of wind-blown sand abrasions, ice scouring from glaciers, or water currents in streams.

How do mountains form?

When two continental plates collide, mountains form. If both plates have a similar weight and thickness, they’ll neither sink under the other nor crumple and fold. The rocks will be forced upwards to create a mountain range. With each plate collision, the mountains will grow taller.