Ancient Rome was one of the largest in the ancient world. At its height, ancient Rome comprised almost 20% of the world’s population. 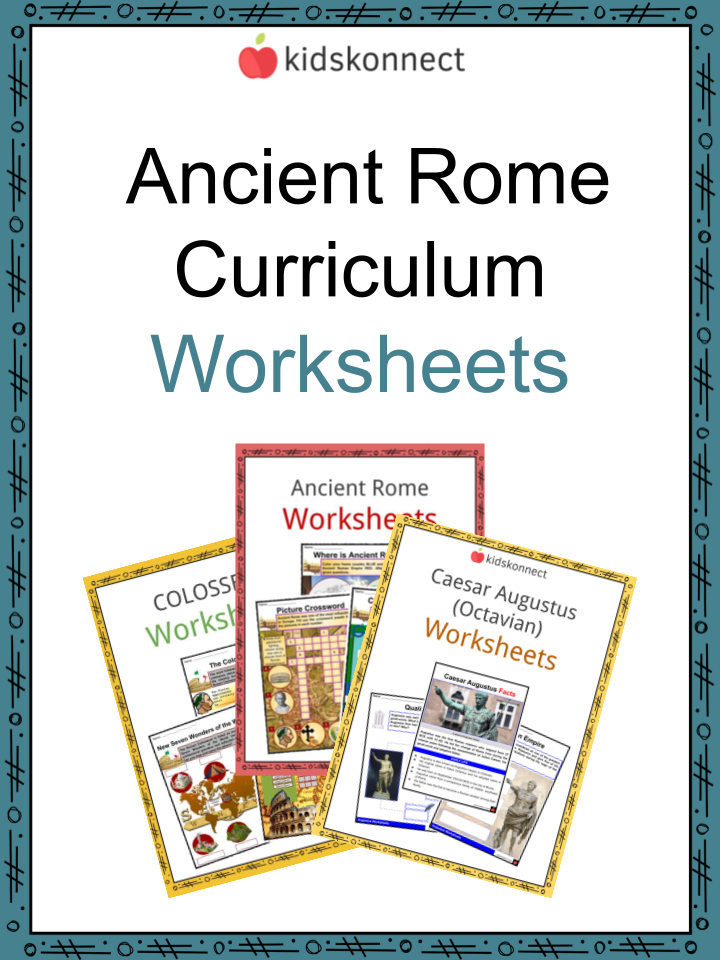 This download is exclusively for KidsKonnect members!
To download this worksheet, click the button below to signup (it only takes a minute) and you'll be brought right back to this page to start the download!

Founded in the 8th century BCE, ancient Rome, or the Roman civilization, was one of the largest in the ancient world. At its height, ancient Rome comprised almost 20% of the world’s population. Do you ever wonder why many modern ways are associated with the Romans? Explore the life and legacy of Ancient Rome using this curriculum pack!

This is a fantastic curriculum bundle that includes everything you need to know about Ancient Rome across 15 in-depth pages. These are ready-to-use worksheets that are perfect for teaching students about Ancient Rome, which was one of the largest in the ancient world. At its height, ancient Rome comprised almost 20% of the world’s population.

What was the name of Rome in ancient times?

Rome was first called The Eternal City by the Roman poet Tibullus in the 1st century BC. This name means that Rome will always be around. Other people, such as Ovid, Virgil, and Livy also called Rome this name. Another nickname for Rome is “Caput Mundi” which means Capital of the World.

What was the secret name of the city of Rome?

Some believe that some cities have secret names that should not be revealed to the public. The name of a city was like a magic word: saying it aloud could bring bad things to the city, like people conquering and punishing it. The city could also lose the protection from the gods that it had when it was founded.

There are several proposed secret names of Rome, each with its own story. One such name is Florenti or Valenti. According to the legend, these names were the origin of the titles of the cities of Florence and Valencia. Only the Pontifex Maximus could pronounce the name of this god. This was done during chosen sacrifices or rites.

Romulus and Remus, twin brothers, founded Rome on April 21, 753 BC. They were suckled by a she-wolf as orphaned infants.